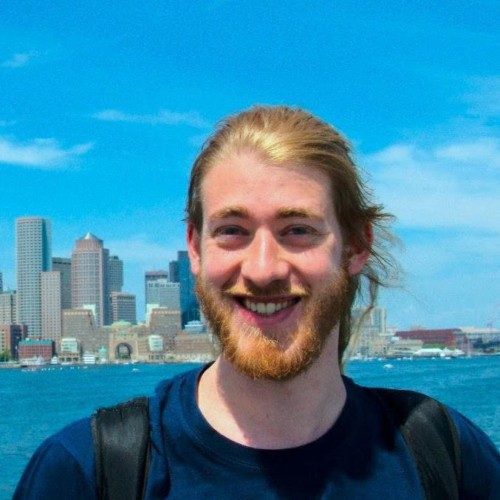 For the complete list of publications, see my CV


Aggregate Programming for the Internet of Things

Through field calculus constructs and building-block APIs, aggregate programming could help unlock the IoT's true potential by allowing complex distributed services to be specified succinctly and by enabling such services to be safely encapsulated, modulated, and composed with one another.

The notion of a computational field has been proposed as a unifying abstraction for developing distributed systems, focusing on the computations and coordination of aggregates of devices instead of individual behavior. Prior field-based languages, however, have suffered from a number of practical limitations that have posed barriers to adoption and use. We address these limitations by introduction of Protelis, a functional language based on computational fields and embedded in Java, thereby enabling the construction of widely reusable components of aggregate systems. We demonstrate the simplicity of Protelis integration and programming through two examples: simulation of a pervasive computing scenario in the Alchemist simulator, and coordinated management of a network of services.

In this paper we address the engineering of complex and emerging computational systems featuring situatedness, adaptivity and self-organisation, like pervasive computing applications in which humans and devices, dipped in a very mobile environment, opportunistically interact to provide and exploit information services. We adopt a meta-model in which possibly mobile, interconnected and communicating agents work according to a set of chemical-like laws. According to this view, substantiated by recent research on pervasive computing systems, we present the Alchemist simulation framework, which retains the performance of known Stochastic Simulation Algorithms for (bio)chemistry, though it is tailored to the specific features of complex and situated computational systems.

From distributed coordination to field calculus and aggregate computing

Aggregate computing is an emerging approach to the engineering of complex coordination for distributed systems, based on viewing system interactions in terms of information propagating through collectives of devices, rather than in terms of individual devices and their interaction with their peers and environment. The foundation of this approach is the distillation of a number of prior approaches, both formal and pragmatic, proposed under the umbrella of field-based coordination, and culminating into the field calculus, a universal functional programming model for the specification and composition of collective behaviours with equivalent local and aggregate semantics. This foundation has been elaborated into a layered approach to engineering coordination of complex distributed systems, building up to pragmatic applications through intermediate layers encompassing reusable libraries of program components. Furthermore, some of these components are formally shown to satisfy formal properties like self-stabilisation, which transfer to whole application services by functional composition. In this survey, we trace the development and antecedents of field calculus, review the field calculus itself and the current state of aggregate computing theory and practice, and discuss a roadmap of current research directions with implications for the development of a broad range of distributed systems.

Collective adaptive systems are an emerging class of networked computational systems particularly suited for application domains such as smart cities, complex sensor networks, and the Internet of Things. These systems tend to feature large-scale, heterogeneity of communication model (including opportunistic peer-to-peer wireless interaction) and require inherent self-adaptiveness properties to address unforeseen changes in operating conditions. In this context, it is extremely difficult (if not seemingly intractable) to engineer reusable pieces of distributed behaviour to make them provably correct and smoothly composable. Building on the field calculus, a computational model (and associated toolchain) capturing the notion of aggregate network-level computation, we address this problem with an engineering methodology coupling formal theory and computer simulation. On the one hand, functional properties are addressed by identifying the largest-to-date field calculus fragment generating self-stabilising behaviour, guaranteed to eventually attain a correct and stable final state despite any transient perturbation in state or topology and including highly reusable building blocks for information spreading, aggregation, and time evolution. On the other hand, dynamical properties are addressed by simulation, empirically evaluating the different performances that can be obtained by switching between implementations of building blocks with provably equivalent functional properties. Overall, our methodology sheds light on how to identify core building blocks of collective behaviour and how to select implementations that improve system performance while leaving overall system function and resiliency properties unchanged.

Self-Adaptation to Device Distribution in the Internet of Things

A key problem when coordinating the behaviour of spatially situated networks, like those typically found in the Internet of Things (IoT), is adaptation to changes impacting network topology, density, and heterogeneity. Computational goals for such systems, however, are often dependent on geometric properties of the continuous environment in which the devices are situated rather than the particulars of how devices happen to be distributed through it. In this article, we identify a new property of distributed algorithms, eventual consistency, which guarantees that computation converges to a final state that approximates a predictable limit, based on the continuous environment, as the density and speed of devices increases. We then identify a large class of programs that are eventually consistent, building on prior results on the field calculus computational model that identify a class of self-stabilizing programs. Finally, we confirm through simulation of IoT application scenarios that eventually consistent programs from this class can provide resilient behavior where programs that are only converging fail badly.

A Higher-Order Calculus of Computational Fields

The complexity of large-scale distributed systems, particularly when deployed in physical space, calls for new mechanisms to address composability and reusability of collective adaptive behaviour. Computational fields have been proposed as an effective abstraction to fill the gap between the macro-level of such systems (specifying a system’s collective behaviour) and the micro-level (individual devices’ actions of computation and interaction to implement that collective specification), thereby providing a basis to better facilitate the engineering of collective APIs and complex systems at higher levels of abstraction. This article proposes a full formal foundation for field computations, in terms of a core (higher-order) calculus of computational fields containing a few key syntactic constructs, and equipped with typing, denotational and operational semantics. Critically, this allows formal establishment of a link between the micro- and macro-levels of collective adaptive systems by a result of computational adequacy and abstraction for the (aggregate) denotational semantics with respect to the (per-device) operational semantics.