A Higher-Order Calculus of Computational Fields 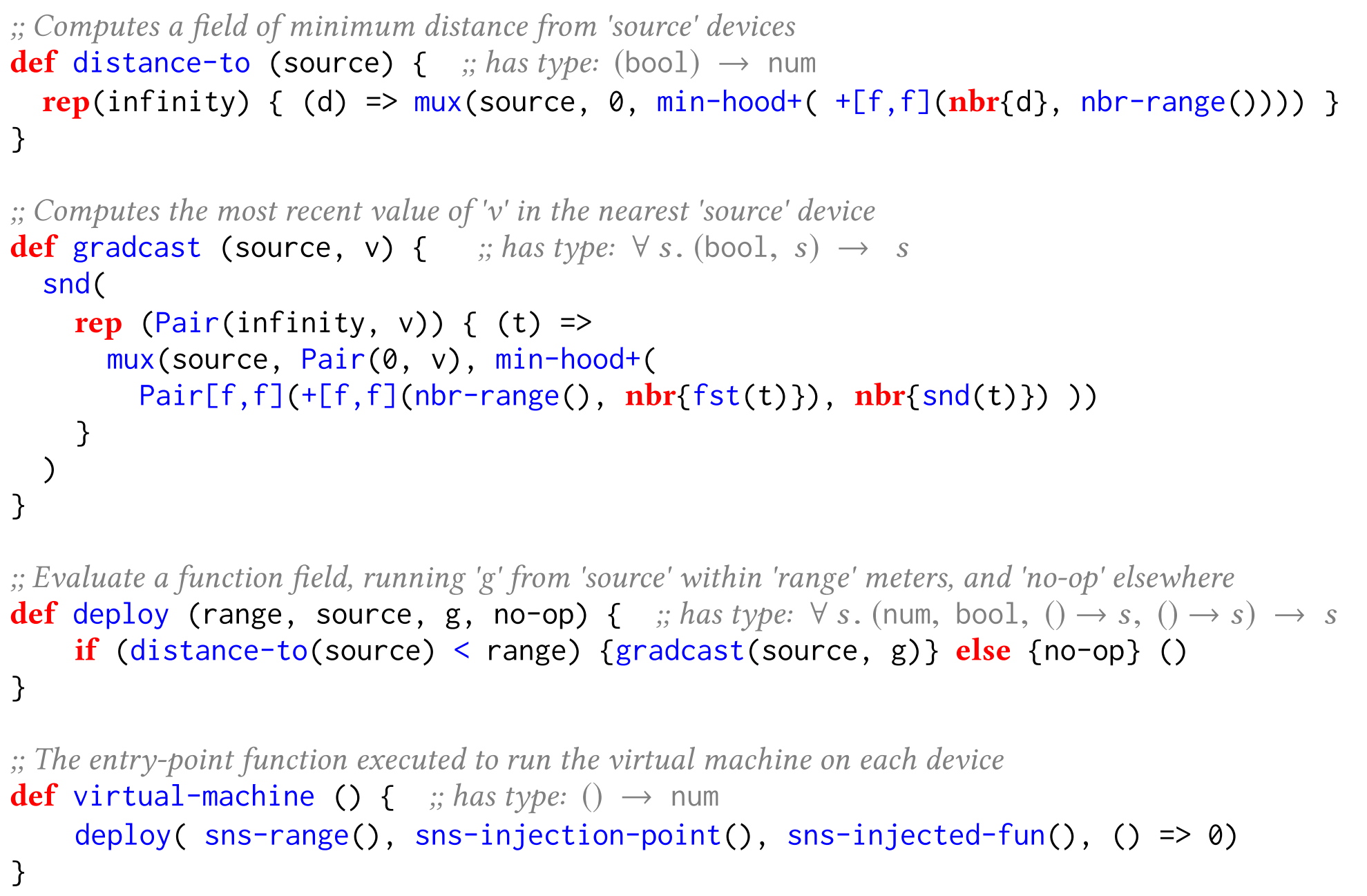 The complexity of large-scale distributed systems, particularly when deployed in physical space, calls for new mechanisms to address composability and reusability of collective adaptive behaviour. Computational fields have been proposed as an effective abstraction to fill the gap between the macro-level of such systems (specifying a system’s collective behaviour) and the micro-level (individual devices’ actions of computation and interaction to implement that collective specification), thereby providing a basis to better facilitate the engineering of collective APIs and complex systems at higher levels of abstraction. This article proposes a full formal foundation for field computations, in terms of a core (higher-order) calculus of computational fields containing a few key syntactic constructs, and equipped with typing, denotational and operational semantics. Critically, this allows formal establishment of a link between the micro- and macro-levels of collective adaptive systems by a result of computational adequacy and abstraction for the (aggregate) denotational semantics with respect to the (per-device) operational semantics.